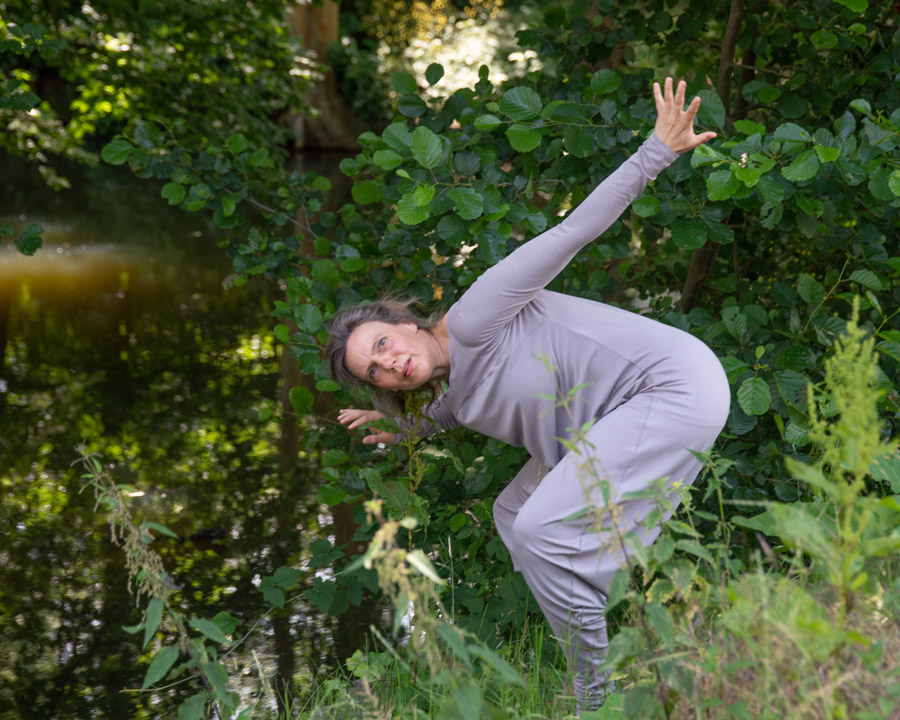 The third performer of this morning at the Pulchri studio is Juliette van Lelieveld (Euritmie Atelier). Her approach to the performance is based on allowing “the ultimate not knowing” to be the guiding principle. She intentionally did not prepare a plan for the performance and thus organically continues the emphasis on the NOW that has already been highlighted by Gail’s performance. Her performative presence is sparkling and very creative, it is obvious that she has cultivated in herself a reliance on an ever present inner guidance that prompts her creative activities. Her voice participates, expressing sounds and letters. She travels through the space visiting the art works as well as audience members and engages with their auras, or the energetic space surrounding their bodies, in a pleasant, slightly humorous, but sincere way. Her quality of performativity is characterized by immediacy, it is playful and uninhibited, anchored in a solid trust in her inner source of inspiration. Her presence is spacious. With her movements through the space in dialogue with the art works and the audience, she creates a dynamic sense of rhythm and perspective. She literally opens spaces, guiding the perception of the audience also towards the ceiling and the space beyond the space of the Pulchri Studio.

Climate Change + talk with the artist

Juliette enters the theatre of the Euritmiezaal with clear messages of humility: she bows before the screen on which there will be projected the planet earth, she bows towards the space, she bows towards the audience. Cellist Larissa Groeneveld enters the space together with her, seating herself and her Cello with the back towards the audience. After a projection of a film about currently known scientific data of the state of the planet and future predictions about her development, Juliette begins her theatrical offering, accompanied by the voice of the Cello in a composition by Jakob ter Veldhuizen. She moves first with very withheld and interiorized movements, silent yet strongly infused with an intentionality the goodwill of which is clearly readable. She then situates herself on a small carriage with wheels, struggling to disentangle herself from ropes that inhibit her freedom of movement, with movements that associate with Pietà qualities. In another sequence she dances with meters of thin plastic foil, giving an aesthetic twist and hint towards the problem of plastic. She ends with a small lamp pointing towards the ground under her feet. The message is clearly not about her, she performs in service of the planet seeking to give her an embodied, theatrical voice.

In the conversation after the performance, an audience member mentions having interpreted Juliette’s performance as a struggle relating to the planet in danger and reminding us of our responsibility towards her and towards future generations. The climate protests in The Hague coincided with Juliette’s performing Climate Change makes the choice of theme obviously relevant and in touch with current societal challenges. Juliette speaks about the soul of the earth, about elements of both “Dolor” and “Gloria” that interweave with her performance. The performative gesture towards the heavens wants to indicate that we are in need of other forces next to our own taking of responsibility to be able to help the planet. Juliette further speaks about the creative process, how first images appeared, which then were tried out and developed further together with her team. To the question about what of the core of Eurythmy is being continued in her performance Juliette answers with “the ensouled movement” (de zielebeweging). According to Juliette it is the same ensouled movement which is usually associated with for example the letters of the alphabet in Eurythmy, but here in dialogue with other materials, with the film, with the plastic, with the ropes. The origin of the movement is the same, it is just another expression of it. Together with director Els Sorber she was seeking to keep feeling this ensouled origin, to find it, and to redefine it. Also Juliette emphasizes the big not knowing as one of the guide lines in a creative process. 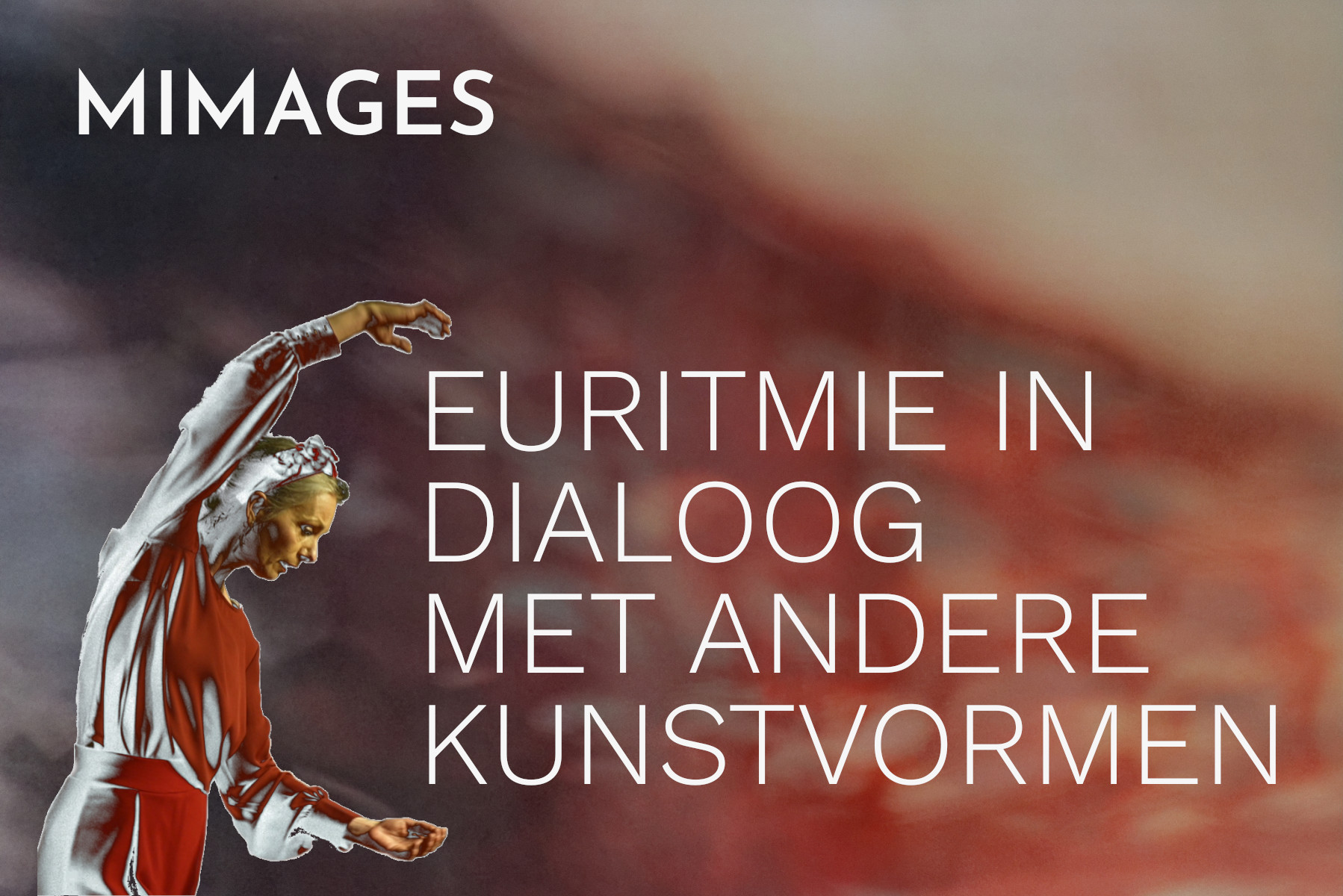